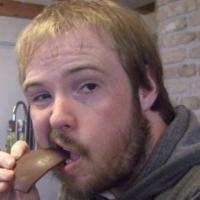 You can now download the final post-examination revision of my thesis, titled Self-Organisation in LTE Networks: An Investigation.

In the interests of repeatable research the software developed as part of this thesis has been made available. Details about the software components can be found below

The jLTE-Simulator is an LTE network simulator designed and implemented as part of this research. It is a physical layer simulator tailored to the investigation of different schedulers on the performance of the network.

The jLTE-EvolutionaryAlgorithm is an evolutionary algorithm designed to be used in conjunction with the jLTE-Simulator. The simulator is used as a fitness function to evolve parameter values for new schedulers.

The jLTE-Experiments project is an experiment framework built on the jLTE-Simulator and jLTE-EvolutionaryAlgorithm projects. It contains all the code required to run the experiments reported as part of my thesis. The primary purpose of this project is to allow easy running of experiments across a cluster of machines. Since each of the experiments may run for a significant period of time, parallelising the process across multiple hosts is a simple way to speed up the process.

Mobile telecommunications networks based on LTE technology promise faster throughput to their users. LTE networks are however susceptible to a phenomenon known as inter-cell interference which can greatly reduce the throughput of the network causing unacceptable degradation of performance for cell edge users.

A number of approaches to mitigating or minimising inter-cell interference have been presented in the literature such as randomisation, cancellation and coordination. The possibility of coordination between network nodes in an LTE network is made possible through the introduction of the X2 network link.

This thesis explores approaches to reducing the effect of inter-cell interference on the throughput of LTE networks by using the X2 link to coordinate the scheduling of radio resources. Three approaches to the reduction of inter-cell interference were developed. Localised organisation is a centralised scheme in which a scheduler is optimised by a GA to reduce interference. Networked organisation makes use of the X2 communications link to enable the network nodes to exchange scheduling information in a way that lowers the level of interference across the whole network. Finally a more distributed and de-centralised approach is taken in which each of the network nodes optimises its own scheduling in coordination with its neighbours.

An LTE network simulator was built to allow for experimental comparison between these techniques and a number of existing approaches and to serve as a test bed for future algorithm development. These approaches were found to significantly improve the throughput of the cell edge users who were most affected by interference. In particular the networked aspect of these approaches yielded the best initial results showing clear improvement over the existing state of the art. The distributed approach shows significant promise given further development.